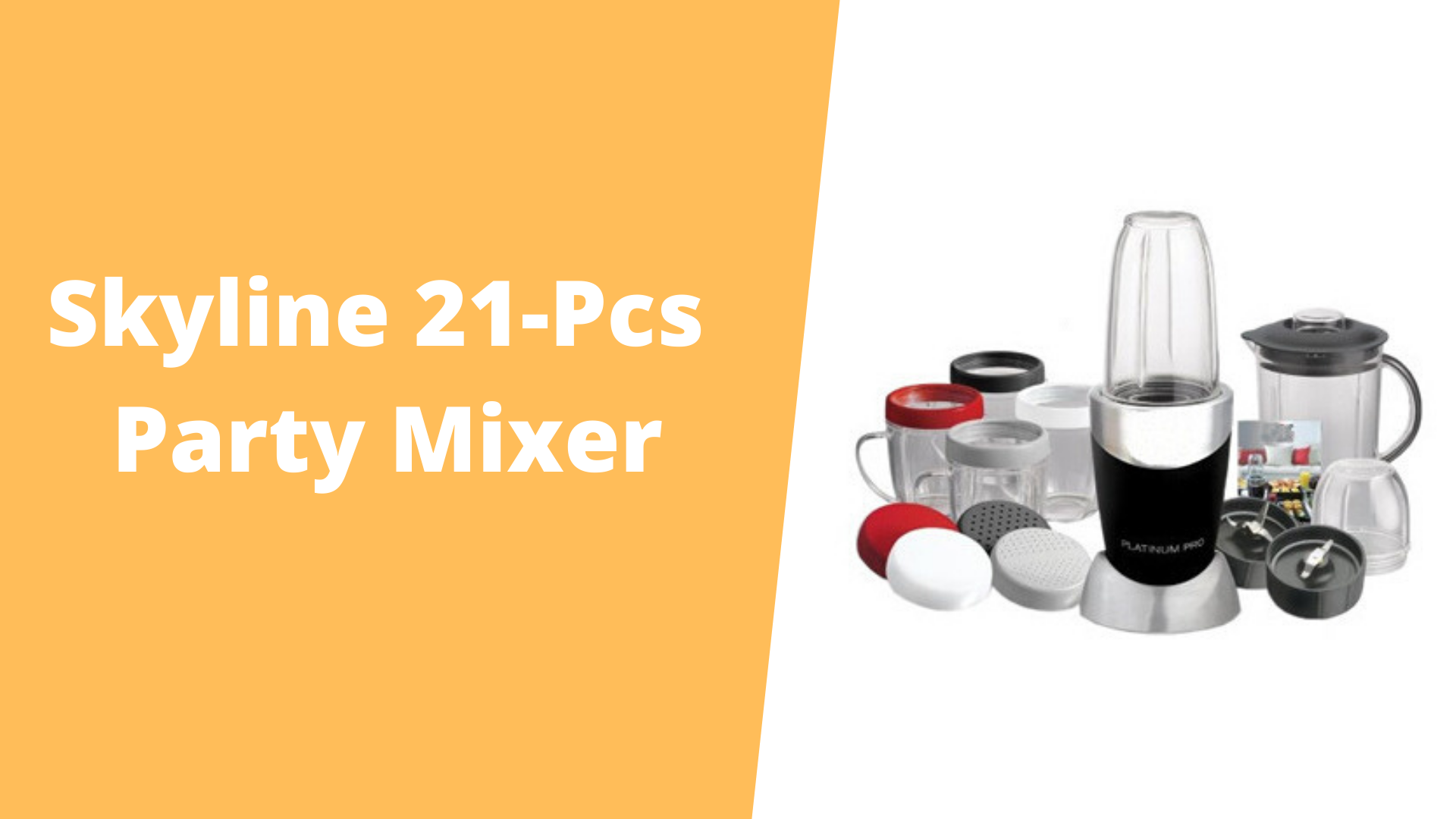 The Magic Food Processor  Blender replaces a food processor, blender, electric juicer and coffee grinder while occupying only the space of a coffee mug. It stays handy on your countertop for instant meals and snacks. The Magic party mixer has only one button to press. Just load the ingredients, place the Magic party Blender on the power base and press the button. In seconds you’ll have spaghetti sauce, chopped onions, salsa, minced garlic, grated cheese, soup, chicken salad, smoothies, shakes and more. To heat or chill, simply place the Magic party mixer’s Blender cup or mug in the microwave, refrigerator or freezer. Mince garlic, chop onions or grate cheese in only 3 seconds. Make salsa, guacamole or chicken salad in only 6 seconds. Whip up milkshakes and smoothies in only 8 seconds. Mix sauces, soups and omelets in only 11 seconds.

Now you will get the Improved Magic Party Mixer comes with an “On / Off Switch” instead of the “Press On” feature in the older model in which the motor used to start automatically when you used to put thejar on the motor.

1 The lid of large pitcher/blender

Troubleshooting – If you are unable to start your magic party mixer

The Magic Party mixer will not switch On if you forget to put any jar on the machine, thereby preventing any accidents.

Step 1. Tight fit the black bace of the jar to the transparent part of the jar

Step 2. Put the jar on the machine.

Step 3. Turn the Jar Clockwise to the right firmly till you hear the CLICK (Locking) sound.

Step 4. Plug the machine in Socket

Step 5. Press the On Switch.

The magic party mixer is very small mixer will only switch on when you press the On switch unlike the older model in which it used to switch as soon as you put the mixer jar on the machine and press the jar.