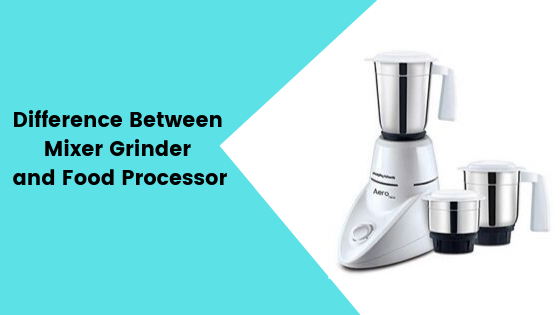 There is a major belief that a mixer grinder is the same as a food processor. Both are synonymous. But there are quite a lot of differences between these two. Both of them work pretty much the same way and hence the confusion arises. Another primary reason for this is we tend to go for a food processor without knowing the actual use of it.

There is no doubt that both of them make our work simpler. But we have to understand whether both of them are just identical or there truly exists some difference. Which is why in this article we list the major differences between a mixer grinder and a Food processor. 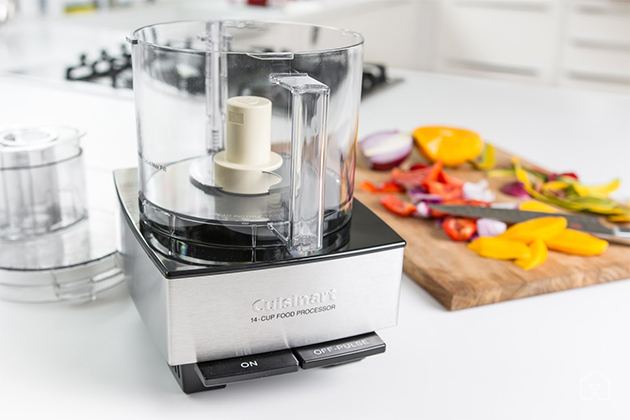 Key Differences Between a Mixer Grinder and a Food Processor

You should have your prime focus on what these products bring to you. Mixer grinder offers you limited options. It can perform functions like grinding of vegetables, juicing of the fruits and shredding of masala. That’s it. You will find most of the mixers performing these chores only.

Whereas a food processor can do a lot of things. It can knead your atta, chop off leafy vegetables, it also comes with french fry cutter and sometimes egg whisker too. Basically, it performs a lot of chores, more than just a mixer grinder.

So, for buying one of them, you should be sure about your requirements. If all of the integrations that come with a food processor are not of frequent use to you, it’s better to settle down for the best mixer grinder. If there are instances when you need those attachments from a food processor, definitely go for one.

Best food processors come with lots of attachments. Whereas in case of a mixer grinder, you get a mixer and few jars. Of course, the space taken by a food processor will also be more as the attachments are more. When you start unloading your food processor, there will be lots of pots, blades, and jars.

You cannot pack all the attachments and put it somewhere being sure that those will not be used in the future. You bought them, you gotta use them. If this is not the case, a mixer grinder is better for you and you can purchase a mixer grinder online.

We don’t have much space in our kitchen these days. Having a food processor and maintaining the space for its attachments is not always easy. There are other machines like a refrigerator, microwave oven etc. in the kitchen which have to be managed along with these small appliances.

You get your attachments from food processors out and use them and you realize the space you are left within the kitchen. So, this is another dissimilarity.

Cost should be a secondary thing while buying something but an important one. There is not so much difference in costs of these two products. You can get a decent mixer grinder for about three to four thousand. For a good food processor, you have to pay around seven to eight thousand.

So, if your main purpose is buying something which will get basic kitchen tasks done, it’s better to go for a high-quality mixer grinder than a low-quality food processor. Other than that, you can always go for a food processor as the margin is only a few thousand rupees.

Talking about quality, you get almost all the attachments of the food processor made of plastic. And plastic is fragile. Otherwise, most of the mixer grinder and food processor components are made of stainless steel.

These were some major differences between a food processor and a mixer grinder. Next time before you buy one for the kitchen, keep these point in mind. After all, all you want is to get things done some way or the other and these differences will help you choose wisely.