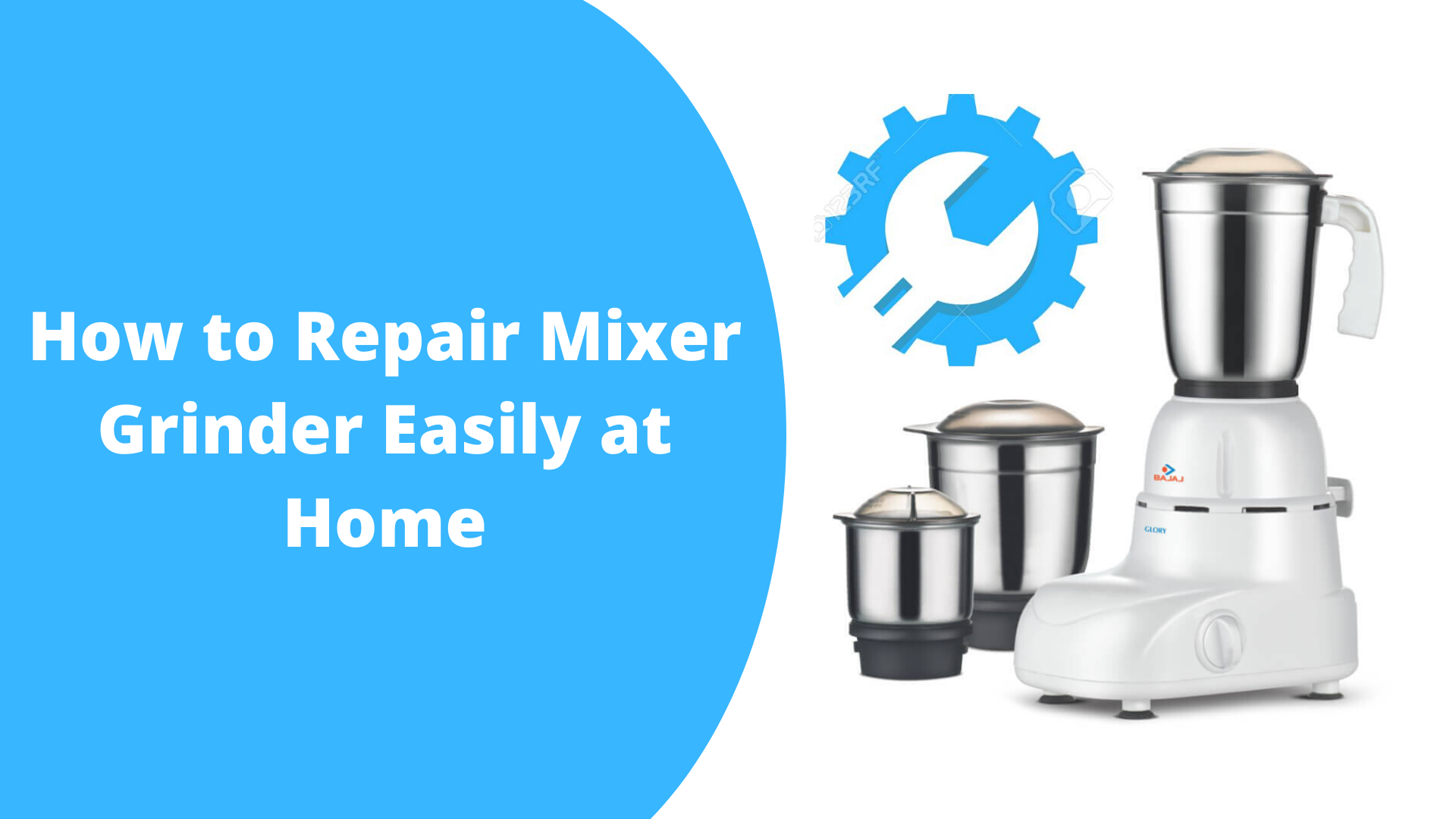 A mixer grinder is one of the best efficient appliances which fulfills your very and many important needs at once. It does not only grinds solids and liquids but even proves to be the most useful one on a daily basis. Thus, in time it starts showing some faults and damages in it, it can prove to be really limiting for us and hinders our work pace. For once to know about the problems and issues your grinder faces, you must know about the most common ones and which happens probably. There are some very most common difficulties and problems one faces In their daily life which is related to their appliance for sure and is very common, to be honest.

Leaking pops out as the most common problem in a mixer grinder. And if you facing it, you need to make sure that the blade assembly is completely fitted onto the jar to correct it. Even the rubber gasket may cause some problems to it so far. As it is not anything difficult to do, you can easily change it by bringing it from any nearby hardware shop. Leaking may also be because of any cracks in the jar and in that particular case, you even may have to change the jar again.

Another most common problem that majorly occurs is buttons that get stuck in the mixer machine. This usually and most commonly happens when the solids and liquids sometimes spill out of the jar and get stuck in the buttons.  To correct this thing, you can unplug the grinder and give it a nice cleanly therapy. Some grinders specifically have the option of removing the button cap and in that case, you can easily clean the liquid and food particles. And at last for betterment, take an old toothbrush and give a better cleaning therapy.

Out of so many problems out there, most commons are there and one from them is slow-moving blades. This is the most irritating thing to be faced as your food and liquid will take double of time for mixing and churning. In plenty of cases, it happens because of the food particles involving inside the blades. There are even solutions for this, but one very much used solution is, you just have to remove the blades and soak them into soapy water which is warmed slightly for about 30 minutes of time. Scrub all the parts clean and reassemble the grinder again.  Try turning on the mixer grinder and press the ‘ON’ button to see whether the blades turn faster now or still have the same speed which is not variable.

For having the best use out of your best mixer grinder, you need to clean it on daily use and keep it well maintained and serviced regularly and used in good ways. After all, this is the one appliance after which you are dependent and if it gets problems, it may cost you more labor. Now that you know about the common issues your grinder faces and its repair, you can mend one at home then for sure. But at one side, if you are unsure about doing it yourself, you can always avail a professional service. Contact the serviceman whenever you face any problems which are not in your hands to be solved.

So, hoping for the best for the future of your mixer grinders and you become capable of doing this all on your own, this article may help you well in fulfilling it so far. If not today, tomorrow surely.