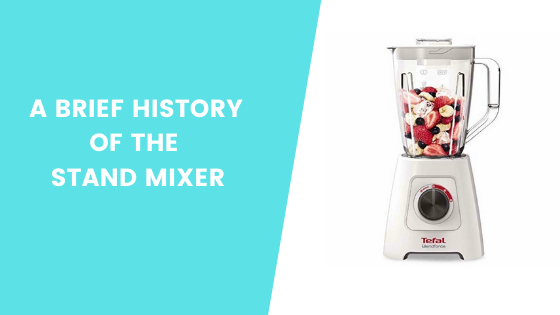 There is one piece of kitchen equipment that is revered by bakers around the world, a small appliance that has a place in the Smithsonian Museum and is so beloved that it has inspired a generation of tattoos. And although it’s a thoroughly modern gift for any new bride and groom, it’s 100 years old. We’re talking, of course, about the stand mixer.

The iconic KitchenAid stand mixer was invented by an Ohio engineer who was watching a baker mix bread dough with a heavy iron spoon and decided there had to be a better way. The original enormous (80 quart) commercial mixer was called the Hobart (and served on U.S. Navy battleships during World War I). According to legend, when a home model was introduced, the wife of a salesman for the manufacturing company tested it and said, “I don’t care what you call it, it’s the best kitchen aid I’ve ever had.” The KitchenAid trademark was registered with the U.S. Patent Office in 1919, and the mixers were sold door-to-door by a mostly female sales force (apparently women with strong arms-the mixer weighed 65 pounds). The current silhouette was introduced in the 1930s by an industrial designer named Egmont Arens (a renaissance man who was also a sports editor and owner of the Washington Square Bookstore in New York City) and has remained constant ever since.

The unique “planetary” action of the beater, with two orbital directions, provides a fold-over motion, rather than just fast stirring. A variety of attachments have been added over the decades, often following food trends or regional preferences: Those who are vegetarian or gluten-free may especially appreciate the spiralizer; beefy types might enjoy the meat grinder for homemade sausage; bakers who want precise metric measurements will like the sifter/scale. But any of the 14 attachments that you buy for a brand-new KitchenAid will fit into the same “hub” as your grandmother’s model, and the same “locking mechanism” will accommodate the traditional stainless steel or glass bowl, and can even fit one of the new decorative ceramic bowls (they’re titanium-reinforced and fired at high temperatures, to withstand staining even if you’re using beets). Julia Child’s blue KitchenAid is in her kitchen recreated for the National Museum of American History at the Smithsonian. Colors were introduced in 1955, and now there are more than 40, from mid-century Sunny Yellow and Petal Pink to Passion Red for the centennial. The colors are chosen to have a “friendly quality,” nothing too high-tech or faddish. The pop of color and pedigree have made the mixer a kitchen status symbol, often accorded valuable counter space even in small apartments, rather than hidden away in a cabinet. And even though it’s pretty, it’s a workhorse. Throughout its history, the KitchenAid has proven to be a piece of culinary equipment so reliable that it practically comes with a guarantee: Only good things will come out of this mixer. 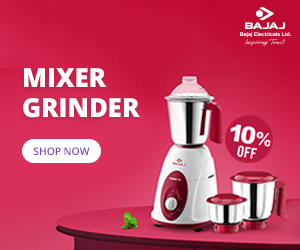