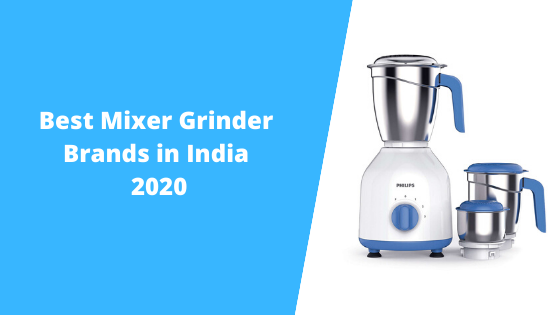 The mixer grinder is an essential item in households in India. Grinding spices or blending food items play an important role in Indian cooking. In this article below I have reviewed the Best Mixer Grinders in India. This meant spending hundreds of hours going through the specifications of 100s of mixers, their user reviews, customer support quality etc. 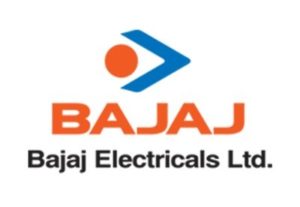 One of the oldest Indian brands able to compete effectively with foreign competitors. Bajaj is known for budget products that perform well and are good for the wallet too. You can get your Bajaj appliance fixed almost in any local shop near your home. 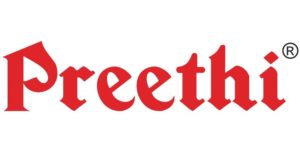 Preethi has emerged as one of the leading home appliances brands in India. They manufacture and sell products such as pressure cookers, induction cook-tops, mixer grinders, tabletop wet grinders. They are a trusted brand in India with good sales facilities as well as service facilities across India.

Philips is a global brand that has a great reputation in India too. This brand is known for building products with the latest features and functionalities. The products generally are also the best performers in their respective categories.

This is a private label brand launched by Flipkart. It is proudly marketed as “Made in India”. The billion mixer grinder products are currently exclusively available only on Flipkart. 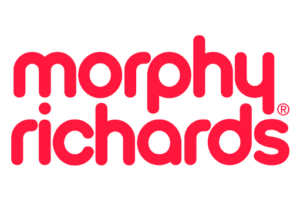 Morphy Richards is a European brand that has been in the business of selling household appliances for over 80 years now. The company claims to sell over a whopping 5 million units of its products every year, the world over. However, Morphy Richards is being marketed and serviced by Bajaj Electricals Limited in India.

LifeLong group of companies have been operational for over 25 years now and have a business in various different sector like Manufacturing, Travel, Wedding & Event Management. In electronics verticals, they sell their products exclusively online and through TV channels.

Orient Electric as a company started its operation in 1939 (It was initially incorporated as Orient Paper Mills). They diversified into the home appliance business only in the year 2011. However, the brand became a household name in the ’90s when they launched a major ad campaign to promote ceiling fans with PSPO technology.

Prestige as a brand in India needs no introduction. You have Aishwarya Rai and Abhishek Bachchan promoting the same on television lately. Their tagline “Jo Biwi Se kare Pyar, Woh Prestige Se Kaise kare inkar” has helped them establish themselves as the leading brand preferred by Indian Women for their kitchen.

Why is Mixer Grinder Important in Indian Kitchen?

Mixer grinder helps in performing various functions such as blending, grinding, powdering, etc. There are various types of blenders. However, the mixer grinder is a multipurpose machine, which helps in performing the works of a mixer and sometimes serves as a mini-grinder. It runs on an electric motor that uses less than one horsepower or 746 watts.

By choosing the right mixer grinder, you can get your work done in record time, especially when you have to finish cooking, cleaning and go to work. There are various mixer grinder brands and models available in the market. The Indian household requires a tough mixer grinder that can handle grinding tough ingredients such as coconut, spices, pulses, etc. by choosing the best mixer grinder you can have your cooking made simplified. It makes cooking much easier and more fun to do.

Having a compact mixer grinder to suit the size of the kitchen is preferred. Some Indian women even have a preference that all their kitchen appliances including their mixer grinder go well with the decor of their kitchen. The mixer grinder is most suitable for the Indian kitchen, where women powder all sorts of ingredients in several ratios to keep up the secret flavor of their cooking.

Choosing the best mixer grinder is the option of the buyer. Buying the best product that is best suited to fit the budget and the requirement, should always be given the first priority while buying any product. The short review of various products and their features will give a better understanding to customers, who have a number of products, brands, models, and colors, available in the market. Choosing the best products, by giving preference to price, should also be considered.

As a handy kitchen appliance, the mixer grinder plays a most valuable role in the kitchen and you can also buy best mixer grinder online. Unless cooking is made easier, the entire job of cooking, cutting, mincing and grinding, will become tiresome. The Indian kitchen uses various spices and ingredients that are mixed in various dishes in various forms. The invention of the mixer grinder has replaced the traditional stone-grinder which was a tiresome and heavy work though it gave an additional flavor when the stone-grinder was used.

Efficiency and durability have been the chief characteristics of the mixer grinder that have made it most popular in the kitchen. The jars come in various shapes and sizes to suit the ingredients such as dry grinding, wet grinding, grating, extracting juices, etc. ingredients of various textures can be made according to the need of the food and by using the right jar, the ingredients can be ground to thick or thin consistency.